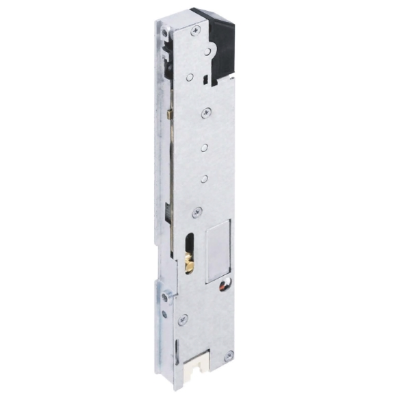 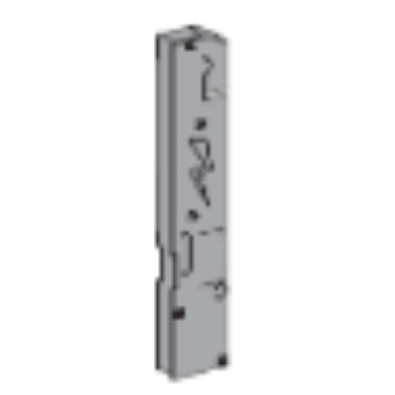 The CISA MOTOR is an accessory that allows to open the Multitop MATIC lock remotely. This accessory can be ordered separately and can easily be installed on the faceplate of the entire range of MULTITOP MATIC and MULTITOP EXIT locks.

Thanks to the CISA MOTOR accessory, the lock can be motorised and the door opened remotely without having to use the key, even when it is securely closed, choosing the mode which best suits your needs: intercom, keypad, transponder, card, telephone, etc.

After the lock has been opened, the motor keeps it open for 3 seconds (factory default setting). When this time has elapsed, the door automatically shuts.

The motorized version enables the handle locking function, that allows to open the door from the inside by simply lowering the handle because the 3 latchbolts and the 3 deadbolts are simultaneously withdrawn.  This function can be excluded by turning the key in the lock closing direction.

An acoustic and visual indicator (the latter optional) indicates the opening and closing, so as to be able to monitor the status of the door at any time. In case of emergency it is always possible to open the door manually, using the key.

CISA Multitop MATIC with MOTOR is the ideal solution for the entrance doors of houses and residential complexes, but also for public, commercial and office buildings.

Why choose the CISA MOTOR in combination with the MATIC Multitop lock?

Multitop MATIC is the new locking system for aluminium and steel doors. Immediate protection for homes, offices and also small commercial building. The door is securely locked without using the keys thanks to the automatic engaging of the deadbolts. From inside, the door is opened by simply lowering the handle.

WHERE CAN IT BE INSTALLED?

Multitop MATIC can be installed on aluminium and steel doors:

FEATURES OF THE CISA MOTOR

FEATURES OF THE CABLE

The power supply is not supplied with the kit. See the table of accessories.

Do not connect the product directly to the mains 230V AC.

A power supply with the following characteristics is recommended:

If there is an electromechanical actuation the product is compliant with European Directive 2014/30/EU (EMC).

If the Product contains electronic components, it is compliant to the European Regulation RoHS (Directive 2011/65/EU of 8 June 2011), RoHS 2 (Delegated Directive 2015/863 of 31 March 2015). Performances are warranted only if the instruction sheet and user manual are respected.

Fill the request to download the CISA Motor configurator executable