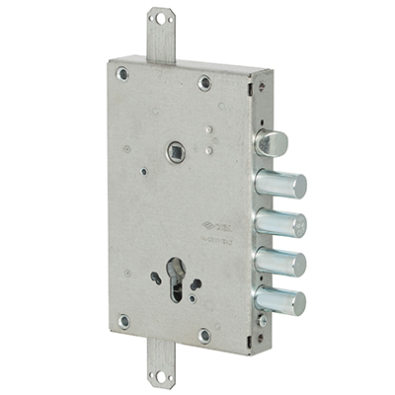 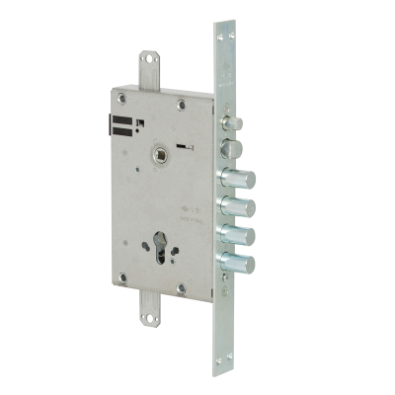 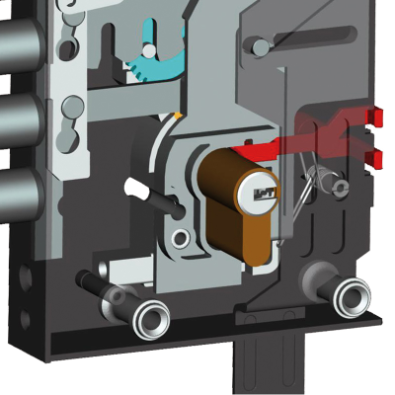 CISA Revolution Pro is a cylinder lock for armoured doors whose system blocks the lock when an attempt is made to extract the cylinder.

Easy opening and closing of lock.
The effort-reducing gear mechanism means less effort is needed to turn the key compared to traditional locks.

Increased security.
The Revolution Pro patented system lets you block the lock if an attempt is made to extract the cylinder, preventing an intruder from entering.

The lock does not block during installation.
The Revolution Pro patented system is activated only when the lock is completely locked (deadbolt fully engaged), allowing you extract the cylinder in all the other positions.

Non-handed lock.
The particular position where the blocking mechanism is inserted inside the lock means the lock is non-handed.

Personalised level of security
Choose the cylinder that best meets your needs.

One key opens several doors.
With master key systems, you can use one key to open several different accesses, such as doors, gates and garages.

Key comfort
Key is small in size and easy to use.